all in a spin 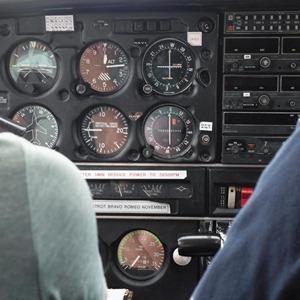 I admit it, I’m messed up. Stupid, deluded, obsessed, whatever you’d like to call me – I won’t deny any of it, nor will I defend it or try to pretend otherwise.

I learned to fly back in 2008/9 because it was something I’d always wanted to do, it was something I never thought I’d be able to achieve, a challenge financially, motivationally, psychologically and intellectually. I loved it, even the nerve-wrackingly terrifying parts of it, all of it was amazing and despite the immense financial burden it placed on me, I don’t regret one single second.

Of course the financial burden became too much when I left my secure full-time engineering job in the middle of the recession, and for well over a year I didn’t fly at all. At first it was tough, I felt like a junkie going cold turkey, but after the first couple of months of pain I eventually found I could live without the buzz and the pleasure I got from living a part of my life in the skies.

Moving on a few months to the point where I started doing contract work and found myself with some ‘disposable’ income again: I vowed to get back into the air – despite no longer ‘needing’ the rush, I never stopped feeling the pangs of desire each time I drove past an airfield or watched a Cessna float overhead. It should have ended at that. I should now be blogging about flying cross country, meeting people in different airfields across the UK and nearly getting lost in poor weather, but if you’ve been reading this blog for a while you’ll know that I’ve upped the ante somewhat and flying for me is no longer simply about being in the air, but about testing my limits and seeing the world from a whole different perspective.

On Saturday I went ‘normal’ flying again, for the first time in far, far too long. In fact, I’m currently desperately trying to get enough hours in to retain my license currency, having failed to pay attention to the fact that it will lapse next Sunday if I don’t get my finger out – and if that happens it will mean a repeat of the Skills Test. Frankly I’d rather just keep myself current, and so I’ve been flying in a PA28, going cross country and just generally trying to get back up to speed in conventional aircraft so that I can go and log some solo time again. Of course there’s a good chance I’ll fail to get in the necessary hours and will still have to repeat the test, but c’est la vie – at least I’ll be back up to speed enough to cope with it by then!

Normal flying is ace, I still love it and want to do more. My friend Matt came with us on Saturday and sat in the back whilst I flailed and fannied about trying to learn to fly a new aircraft type in some of the most windy and turbulent conditions I can remember ever flying in. Not once did he complain, but in fact seems to have really enjoyed the experience – so much that he’s now trying to talk himself out of wanting to learn to fly himself…Of course for me, knowing how much enjoyment the trip gave him, and how much he’s been buzzing about it afterwards is a truly magical feeling. 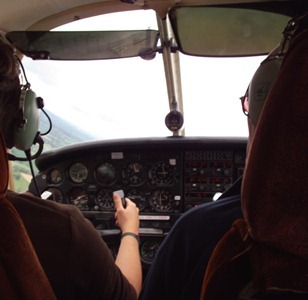 Saturday’s flight tested me mentally, in that suddenly I’d had to remember how to do everything I’d not done for a year an a half – plan a flight, do the calculations, prep the aircraft, fly it (whilst learning the nuances of another different aircraft type), navigate, cope with sub-optimal wind conditions, fly into an unfamiliar airfield without damaging anything or making myself look like a useless dweeb, all whilst also trying to convince an incredibly experienced and talented instructor that I’m not totally incompetent and can in fact pilot an aircraft by myself. I was nervous and not a little stressed, but I still loved every minute of it. I do have to also admit that the time I’ve spent flying the Pitts with Paul seems to have given me a degree of confidence I would otherwise have been lacking…

The previous day (Friday) was when I’d realised my somewhat urgent license scenario, after I’d been flying the Pitts again. Friday’s flight itself had been something really quite special for me though…I’d overcome a couple of mental barriers and been left feeling invigorated, positive and just a tiny bit sick.

Actually, I’ve understated that last part – Friday’s flight had left me feeling sick as a dog for the whole of the rest of the day in fact. My head had been in a spin, along with the rest of my body and the aeroplane. Several times…

Dread. Fear. Sheer bloody terror. When Paul looked me in the eye on Friday and told me I’d be learning to spin and recover, fear was what gripped me. Fear, verging on panic. There was nothing I’d been dreading more – I knew that I was going to have to learn sometime, not just from an aerobatic point of view but from a safety point of view too, yet when the moment came to climb into the cockpit and head off to deliberately start stalling and throwing the aeroplane into what for all the world feels like a uncontrolled tumble, I wanted nothing more than to run away and never fly again.

Being forced to sit down and talk it all through on the ground, to explain what it was that scared me and what I actually thought a spin was proved to be a revelation. Having someone explain in simple terms exactly what happens and why, and how you are actually controlling the manoeuvre and choosing to end it (as opposed to ‘recovering’ as if something had gone wrong, when sometimes it’s exactly what you’ve been intending) was exactly what I needed. I needed to understand, to know what I was going to be feeling, and to trust. I was still scared when it came to the first spin in the air, but knowing I was in good hands and trusting that those hands were pushing me forwards to progress was an exhilarating feeling. Finally gaining a degree of understanding of what was happening and then being encouraged and guided into a knowledge and a new capability of control meant that by the end of the flight I realized I was actually enjoying myself. Laughing and grinning uncontrollably, I was enjoying the feeling of pushing things, forcing myself forwards out of my old comfort zone and on into a realm that had been a closed door a few hours before.

I am addicted. I’m hooked. I never want to let this go again – I want to fly, to push myself, to push my limits and find out how good I can be. I want to be helped, guided, cajolled, pushed, pulled, bullied, coaxed, comforted, cuddled and held, beaten, battered and forced out of my comfort zone over and over and over again. I want to understand who I am and what I can be, I want to know where my limits really lie and how far I can push them.

My head hasn’t stopped spinning despite the rest of my body stopping, and I love it. All of it.