Monday: Bailed attempt at riding the Trans Cambrian way due to horrific levels of wind, and a severe drenching.

I would just like to offer an apology to everyone for the storms and extreme winds and bad weather we’ve been having – it seems most likely that Matt and myself are the main cause of said ‘less than ideal’ weather conditions, because we’d decided to pack all our gear onto our bikes and head off into the wilderness for three days on the Trans Cambrian Way. In fact, it’s probably my fault these storms have hit, as I’d made the bold statement prior to the trip, that the only reason we might not commit to the route would be if the weather conditions were actually dangerous…

For a while it was funny, hilarious even, to battle the winds on the ridge-top, but after an hour or two of cycling with a ten degree lean just to stay straight, and being forced into the lowest gears on the ‘granny ring’ in order to make progress on downhill sections (much of the up we’d had no choice but to push, no matter how shallow the angle – the wind was truly insane), we decided enough was enough. 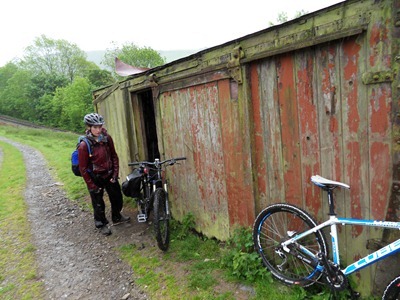 By this point I was less amused – my feet were cold and extremely wet, my panniers were too damned heavy, and I’d really had enough of the wind

Drenched to the skin by rain that had been blasted at us at god-only-knows what kind of speed, exhausted from hours of fighting the conditions and getting next to nowhere and realising that at the rate we were progressing we’d have no chance at finishing  the route, we made the only sensible decision and headed for the nearest tea shop and then the train home. 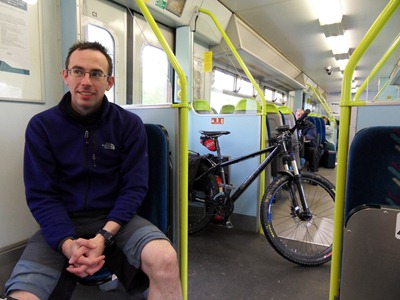 Tuesday: A fabulous day out in the sunshine (still a little windy) on the Long Mynd and riding Minton Batch

Having bailed on our intended route, Matt and I decided to head up onto the Long Mynd today for a fun day ride – Minton Batch is a classic singletrack descent from the Mynd I’d been hearing lots about and really wanted to do, so we chose a route to incorporate it. 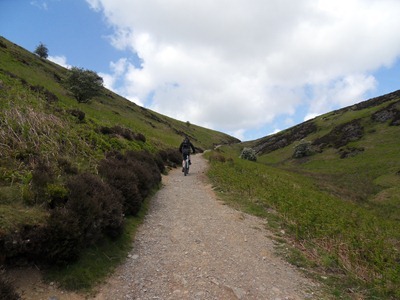 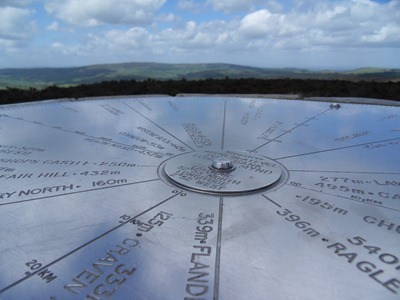 There were some cracking views to be had today – you could actually spot most of the places labelled on the topograph for once! 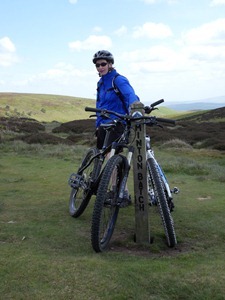 Minton Batch – Shropshire Mountain Biking classic. So good we changed our plans to do it twice! 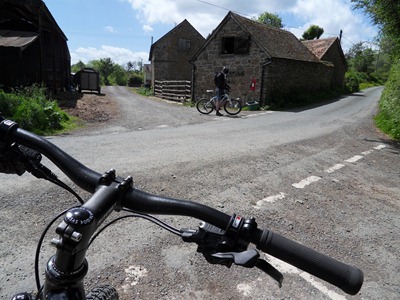 If you click on this one to make it bigger, you can just about make out the plastic pigeon Matt is having a conversation with just after we’d ridden the Batch descent the first time round…it was so good he just had to share!

Such a good day and such a fabulous place to mountain bike, Shropshire will be seeing a whole lot more of me and my trusty steed in the future I’m sure! Cheers for the laughs Matt!